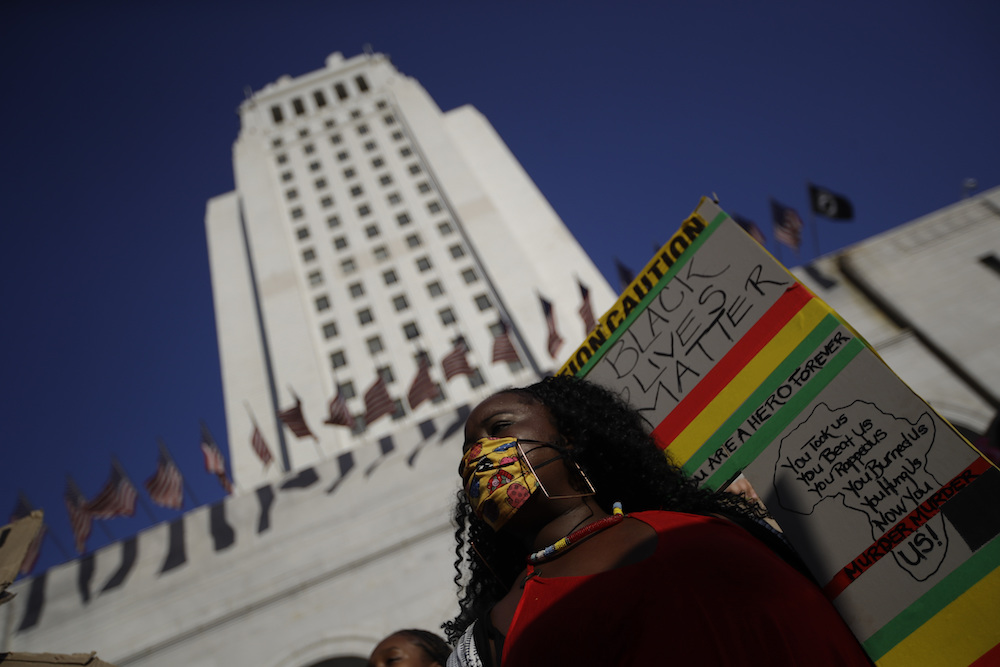 When you hear cops reporting widespread looting in California, you should believe them. Because they are true experts. Indeed, for many decades, the most successful looters in our state have been the police themselves.

Of course, California’s nearly 80,000 sworn officers don’t bother with the small-time grift of stealing electronics during civil unrest. Instead, they prefer to sack the treasuries of the governments that employ them, in both good times and bad.

In communities across our state, the escalating salaries, benefits, and pensions of police are swallowing up municipal budgets—and crowding out the other services, from libraries to summer programs, that poorer Californians depend on most. Over the past 40 years, police spending more than doubled, while parks, recreation, and maintenance budgets remained flat or declined. Police departments are by far the largest piece of any local budget, often consuming at least one-third of the general fund (as in my San Gabriel Valley hometown) and more than half of discretionary revenues.

As policing costs have come to dominate city finances, the police have gained nearly unchecked political power. Police unions, enriched by higher dues from well-paid officers, make the campaign contributions that determine who wins local races. So city council members rarely move to curb the pay or power of police officers who installed them in office. The result is that in many places in California, the city government does not run the police department; the police department runs the city.

This flawed local government structure deserves more attention in our current crisis—because it provides part of the answer to the question Americans are asking: Why does abusive, racist, and deadly police behavior keep happening? The deeper response to that question starts not with Twitter-fueled conspiracy theories about the protestors who have taken over our streets, but rather in recognizing just how thoroughly our police have taken over our city halls.

Police dominance of municipal budgets is a problem all over the country, but it’s most extreme in California. Our 120,000 full-time law enforcement officers—that includes police, sheriffs, and prison guards—are the highest paid in America. California consistently ranks, along with New York and Alaska, among the national leaders in spending on police ($414 per resident, compared to a national average of $354).

Police unions, enriched by higher dues from well-paid officers, make the campaign contributions that determine who wins local races. So city council members rarely move to curb the pay or power of police officers who installed them in office. The result is that in many places in California, the city government does not oversee the police department; the police department oversees the city government.

The peculiarities of California governance have long accentuated police power, as well as its costs. While local budgets were limited by the Prop 13-tax system, the “maintenance of effort” provisions in the state constitution—via Proposition 172, approved by voters in 1993—required local governments to maintain their spending on police and other public safety personnel. So police budgets, constitutionally, were programmed to gobble up ever higher shares of a limited local tax base.

Then things got worse. The full-scale police looting of municipal budgets began 20 years ago, when unions forced changes in pension rules that made it possible for officers to retire as early as age 50, with pensions that would be nearly as high as their salaries. These pension changes were both retroactive and permanent, and included easily-abused rules that allowed cops to maneuver to spike their pensions astronomically. A Los Angeles program allowed police officers to “retire” briefly and pocket part of their pension and salaries in a lump sum; the current LAPD Chief Michel Moore used it to take home $1.27 million.

With cops also receiving generous disability benefits and costly retiree health coverage, cities have experienced a crushing increase in their retirement costs. In effect, California cities are paying for two police forces—the current one and the retired one. And the last decade of recovery did not produce enough new revenues to keep up with these increases in police salaries and retirement benefits. (Firefighter pay and benefits also have taken big bites out of cities).

These escalating police costs add an irony to the current crisis on our streets. Today’s young protestors will get less in local services because they are paying for the unaffordable retirements of the cops who are using tear gas and rubber bullets against them. The police really should be kinder to their benefactors.

In another irony, police response to today’s protests will only add to another rising municipal cost: legal settlements. In recent years, cities have seen multimillion-dollar increases in amounts paid to settle lawsuits over police shootings, use-of-force, and in-custody deaths. Look for the current police-community clashes to produce hundreds of millions of dollars in new settlements, ultimately paid for by the taxpayers suffering under COVID and curfews.

Maddeningly, all the massive increases in police budgets haven’t given us more policing. Most cities have fewer sworn officers than they did in 2008. The lack of personnel was apparent in recent days, as police departments struggled to muster enough officers to protect property from vandalism, arson, and looting.

To be fair, California police are neither irredeemable nor unaware. Police collaborated with their critics to negotiate pioneering state legislation last year that limits police use of force. Some cities, notably Richmond, have transformed police-community relations.

And the LAPD, once a paramilitary citadel, is now a national model of community responsiveness and diversity, with two-thirds of officers now hailing from ethnic or racial minorities. Watching police and protestors up close recently in L.A.’s Fairfax district, I was struck by how the protestors were more male and white than the cops facing them.

But police departments have faced little pressure to surrender any of their local fiscal and political power—until now. Researchers at Black Live Matters are building a strong case for rolling back local police budgets. They successfully targeted Los Angeles Mayor Eric Garcetti’s initial budget proposal, which offered deep cuts in virtually every city program except the LAPD, which got a 7 percent increase. After activists launched a “People’s Budget” to replace police spending with money for the homeless and renters, the mayor announced he would trim the police budget instead. Nationally, some activists even want to end police departments altogether.

That’s unlikely to happen, but California’s system of local government must change so that police no longer dominate our cities. This means empowering citizens to challenge police power in city hall, and perhaps forcing police to work under neighborhood service departments with a broader sense of community needs.

But first, let’s stop the looting.

Teachers at Wycliffe College in Stroud to strike over pensions

Spike in Redundancies Could Lead to More Settlements