The vulture capitalists are circling our high streets. 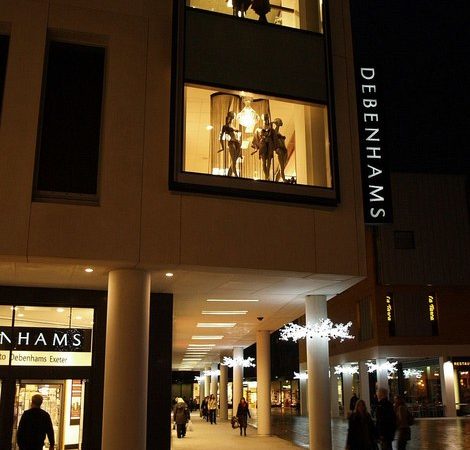 They all carry the fingerprints of private equity and have collapsed, resulting in the loss of jobs, savings and investments. Town centres have become economic deserts.

Their ranks are likely to be joined by Debenhams, another private equity controlled business. Poor products and services, failure to embrace new technologies and impact of pandemics are often cited as reasons for collapse of business. This must be supplemented by the business model of private equity, previously known as leveraged buy-outs or vulture capitalists.

Private equity identifies asset-rich businesses in need of cash and then moves in. Its aim is to secure high returns for its investors, which typically include banks, insurance companies, pension funds and wealthy individuals.

Financial engineering, asset-stripping and dumping liabilities to third parties are central to private equity business models. It controls entities but provides little of share capital, which many view as base capital for business stability.

Instead it loads businesses with loans, often provided by friendly banks and related parties, often located in offshore tax havens which do not levy corporation tax on profits made outside that particular jurisdiction.

The debt-laden companies struggle to invest, innovate or compete. When the companies collapse the controllers and friendly banks ranking as secured creditors walk away with most of the proceeds from the sale of assets, leaving next-to-nothing for unsecured supply chain creditors and employee pension schemes.

Bernard Matthews is a classic example where its private equity controllers loaded the entity with loans from offshore related parties. At the end they sold the assets to maximise their returns, but dumped liabilities to unsecured creditors, HMRC and employees. Its pension scheme was eventually bailed out by the Pension Protection Fund, but still resulted in the loss of some of the pension rights for employees.

Another variation of the business model is to sell off the tangible assets (e.g. land and buildings) and then leaseback the property. The resulting cash is used to reduce debt to make the business look attractive or pay dividends and high exec salaries. The rental payments inevitably increase over time and strangle the business.

Debenhams started life in 1778. Following demerger from the Burton Group, it was listed on the London Stock Exchange until 2003. Its troubles began in 2003 when a trio of private equity operators, Texas Pacific Group, CVC and Merrill Lynch Global bought the business for around £600m.

In 2005, Debenhams’ new owners sold 23 freehold and long leasehold stores to British Land Plc for £495m and then leased them back on high rents for 30-35 year leases. It was floated back to the stock exchange in 2006, with a price tag of around £1.7bn. In just under three years, its controllers generated a return of around £1.1bn. They retained a 43% stake in the business and sold 57% of the shares for £950m.

The sale and leaseback of properties improved the balance sheet and sucked in investors, but it also became problematical. The post-2008 banking crash credit crunch and rising rents exerted pressures and Debenhams struggled to compete.

In 2018, Debenhams reported a pre-tax loss of £491.5m and closed 50 stores. In April 2019, it entered administration and was bought by lenders in a pre-pack administration deal that wiped out the investors.

By September 2019, it secured a deal with the landlords to reduce rents, but business did not improve. Amidst the Covid-pandemic, it entered liquidation on 1st December 2020. Its £616m trade creditors are unlikely to recover anything substantial. Some 12,000 jobs are likely to be lost.

The debt-fuelled business model of private equity is killing businesses and has become a motor for destruction of town centres and jobs. This destruction is subsidised by tax relief on interest payments. Individuals do not receive any tax relief on borrowing costs.

It was completely abolished in 2000 on the grounds that it distorts markets. The same should apply to businesses too. The investment needs to be judged on the basis of business risks and not financial engineering designed to secure taxpayer subsidies.

The rampage of private equity can be checked by appointing employee elected directors on company boards. Employees have a long-term interest in companies and are unlikely to support financial engineering to secure short-term returns for shareholders.

Unsecured creditors, including SMEs, can be cushioned from the follies of private equity by changing insolvency law and ensuring that 30-40% of the proceeds from the sale of a bankrupt business’s assets are ring-fenced for them.

FCA cites pension freedoms as a driver of consumer harm