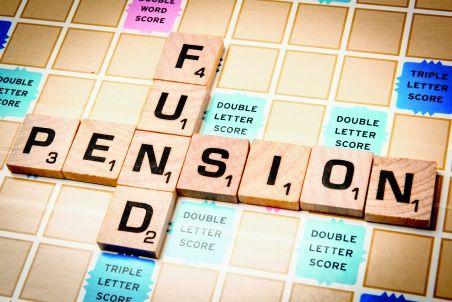 More pension schemes are being backed by insurance companies meaning millions of pensioners have greater security their scheme will pay out even if their employer goes bust.

That is according to new research from Lane, Clark and Peacock consultants which suggests an increasing number of pension schemes are entering into buy-out arrangements. This is where all of the pension promises are passed over to the insurance company.

Based on a recent survey with insurers, LCP estimates that one in three members of a defined benefit pension scheme will be insured by the middle of the 2020s.

The current figure is thought to be around one in six, while five years ago fewer than one in 10 members had their pensions backed by an insurance company.

There are around 10 million people in Britain with pension rights from private sector DB pension schemes.

DB quotations and payouts at lowest rates since 2016

LCP partner Imogen Cothay says: “Millions of pension scheme members are blissfully unaware of all the activity that is going on to make sure their pensions are paid in full.  While most company pension schemes will deliver as planned, there is always an element of risk as for salary-related schemes, your pension is dependent on your former employer still being in business and able to make up any shortfall in the fund.

“The process of buy-out involves securing pension payments via a deal with an insurance company which should give pension scheme members greater peace of mind.”

The consultants warn that with thousands of pension schemes currently in deficit and more insolvencies expected in the next 12 months many pensioners could find their pensions are not paid in full.

The Pension Protection Fund provides a safety net but does not cover the full value of benefits for all members.

But with the buy-out process an insurance company has to meet strict conditions around the assets and capital reserves it holds.

Buy-in and buy-out volumes by insurer

“A deal of this nature provides a greater level of security to members than relying on the former employer to continue trading for decades to come,” LCP says.

It is estimated that more than £25bn will be paid over to insurers to buy-out pensions this year. The figure also includes ‘buy-in’ transactions which are an intermediate stage where only some of the liabilities are under-written by an insurer.

LCP has produced a paper to help members understand the implications of such activity. Titled Will your company pension end up being paid by an insurance company – and should you care? the paper explains how DB schemes work and what is meant by buy-ins and buy-outs.

Of the 10 million people with pension rights built up from a private sector job that offered a DB pension, more than four in 10 members are already receiving their pension.

Meanwhile around one in 10 are in work and still adding to their DB pension rights and the rest have rights from a previous job or from a closed pension scheme, which they will draw on when they retire.