The City regulator faces calls to improve pension information after data showed 260,000 over-55s triggered steep cuts to their annual allowance after dipping into their retirement savings during the pandemic.

Every week in 2020 about 5,000 people in this age group triggered a reduction in their annual allowance — the amount they can pay into a pension while still getting tax relief — from £40,000 to £4,000, according to analysis of HM Revenue & Customs’ data by Just Group, a provider.

This drastic cut to the annual allowance is typically triggered when the saver starts to take cash from a defined contribution pension beyond their 25 per cent tax free portion.

Stephen Lowe, a director at retirement specialist Just Group, said he was concerned that too few people dipping into their savings during the pandemic were aware of this tax trap.

“Taking a flexible payment is fine if you understand the rules and it is part of your financial plan,” said Lowe.

“But many people will not have pored over the small print of the tax rules or understand the extra administrative responsibilities. Those who simply dipped into their pension to get them through a tough patch, intending to make up their pension savings later could be in for a nasty surprise.”

Triggering the money purchase annual allowance (MPAA) can have a severe financial impact on those who had hoped to continue working and building their retirement funds.

“Someone accessing their pension in their fifties could be working for many years to come,” said Nathan Long, senior analyst at Hargreaves Lansdown, an investment manager.

“Those who manage to get back into work could face the very real prospect of having to give up pension contributions from their employer to stay inside the limit.” The problem is not confined to high earners, he added. Even people on average earnings — and not in defined benefit plans — could potentially burst the £4,000 annual allowance and fall into the trap. 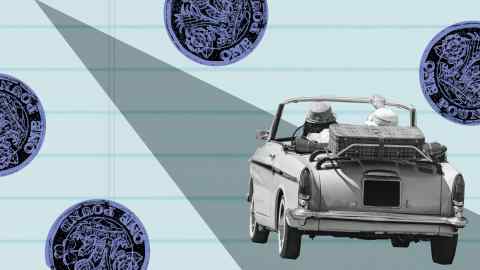 Pension providers are required to alert their customers to the risks of triggering the lower MPAA when they are looking to access their defined contribution retirement funds.

But Long said a constant array of rule changes meant consumers were at risk of not fully understanding the warning. Providers were flagging up the risks of the tax trap but members making decisions about their pensions faced high levels of complexity.

“The reduction in the allowance can be side-stepped by using drawdown to take only tax free cash, but if that’s not an option within someone’s pension scheme, it’s no wonder that people who need money in a hurry to tide them over will just cash their pension,” he said.

About 1.6m people over the age of 55 have triggered the cut in their allowance to £4,000 in the five years since they restriction was introduced. The change was brought in largely to clamp down on the recycling of pensions tax relief.

Lowe said the Financial Conduct Authority should do more to encourage over-55s to be aware of the risks of accessing their pensions before they plan to retire.

“Most people taking a taxable flexible payment from their pension do not use the free, impartial and independent Pension Wise guidance service created to help inform them of their options and alert them of potential pitfalls,” said Lowe.

“It’s essential the FCA takes strong action to ensure that as a starting point, the vast majority of pension savers receive the benefits of impartial guidance offered by Pension Wise.”

The FCA had not responded to a request for comment at the time of publication.