No joy for pensions in this Budget 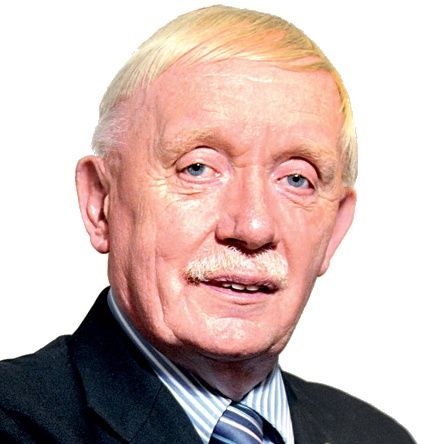 The Budget on 11 March will be novel in a number of respects. It will be the first Budget of this new Conservative government, the first one in 18 months and the first in the post-Brexit world.

It will also be the first Budget I can recall that followed hot on the heels of a cabinet reshuffle that saw an in-situ chancellor – who had presumably done all the work and was ready to present his first Budget – replaced (albeit through his own choice) by another one, who had to take over and deliver something equally compelling at extremely short notice.

Sajid Javid will not deliver Budget in shock resignation

So how will a Budget from new chancellor Rishi Sunak differ from one that Sajid Javid might have delivered?

Not hugely, I suspect, in terms of content although, at the behest of Number 10, with perhaps less emphasis than before on strict adherence to the fiscal rules.

The prime minister will be keen to see the chancellor deliver on spending commitments made during the election campaign, including extra investment in the regions and on big infrastructure projects. Public services are to be better supported, with funding promised for several new hospitals and extra money for environmental measures and the green economy.

Fiscal rules or no fiscal rules, this is all going to cost plenty and probably leave little scope for much else. Pensions are one area that may suffer as a result.

There are several pension changes we hoped would get the green light on funding in this Budget, which now may not happen. These include increases to auto-enrolment minimum contribution rates, changes to threshold levels on earnings and extended coverage to young workers under age 21.

Much will be made, of course, of the initiatives already in hand, such as plans in the current Pension Schemes Bill for pension dashboards, collective defined contribution schemes and greater punitive powers for The Pensions Regulator. But there will probably be little new beyond that.

On pension tax allowances, it is anticipated the chancellor will announce some easing of the tapered annual allowance rules with effect from the start of the next financial year, 2020/21.

Not that this will be enough to satisfy the critics of the policy as it stands. It is believed the taper is having a perverse effect on pension saving and should be scrapped. There are many other ways of limiting and controlling tax relief levels, if necessary, such as by means of an earnings cap. Better these are considered as part of a fuller review of the tax relief system as a whole, rather than the piecemeal tinkering approach that has done so much harm to the system to date.

In this context, it is worrying to note the persistent rumours circulating in recent weeks to the effect the government may be contemplating abolishing higher-rate tax relief and introducing a flat rate of 20 per cent for all contributors, as currently allowed for standard-rate taxpayers.

Whereas it is understandable the government may want to contain or even make some reduction in the £40bn or so it spends each year on pensions tax relief, it would be a courageous decision for a Tory chancellor to scrap higher- and additional-rate relief. He would risk upsetting not only his own backbench MPs but many of the party’s natural supporters in middle England as well. The chancellor and the prime minister (assuming they are working as one on this) would be well advised to think carefully about all the pitfalls before going down this particular road.

Outside pensions, another area of great concern that the chancellor should address in this Budget is the ongoing crisis in social care, with costs often running to hundreds of thousands of pounds for people suffering from dementia and other similarly debilitating conditions.

The Conservatives’ last attempt to tackle social care – branded a ‘dementia tax’ – is thought to have cost them a majority at the 2017 general election, so they will naturally be cautious next time around.

The Queen’s Speech said the government would seek a cross-party consensus on social care reform and ensure no one would have to sell their home to pay for social care. The Budget is the chancellor’s opportunity to allocate funding to this process.

At the same time, it would be good if he could tell us whether we could look forward to an early definitive white paper, not a green one, in this context. The issue has been dragging on for years and has been the subject of numerous reviews under various governments.

If the current government’s thinking on its social care policy is now clear, can it please get on and deliver it ASAP?

Made in Britain: ‘Now more than ever, we must involve and empower people’ | Membership