Meubel, the €3.5bn Dutch pension fund for the furnishing sector, has announced it will replace its current pensions provider Centric with TKP Pensioen.

The pension fund, which had taken in the sector scheme for the wood trade (Houthandel) at the start of this year, has been with Centric since 2018, following Syntrus Achmea’s decision to cease its services for industry-wide pension funds.

Meubel was Centric’s first pension fund client, after the ICT firm entered the market for pensions administration in 2017. Houthandel had also outsourced its administration to Centric.

With a total od 125,000 participants, Meubel is Centric’s largest client, representing almost 50% of its participant numbers.

In 2018, the furnishing scheme and Centric concluded a three-year contract. At the time, Petra de Bruijn, the scheme’s chair, explained that the ICT firm had convinced the board that “it would be ahead in service provision through advanced software”.

However, she declined to clarify Meubel’s decision to leave after more than two years. In a statement, the pension fund cited “the expiring contract as well as its planned migration to a new target platform”.

Centric uses software program Maia, which will no longer be supported by supplier Keylane.

Although Centric had said that it would make a decision last March about a replacement program, it hasn’t done so yet. The provider didn’t respond to questions about Meubel’s contract termination.

The annual reports for 2018 of Meubel and Houthandel show that both schemes had been dissatisfied with Centric from the start.

The non-executive trustees of Meubel noted that the transition could have been carried out more efficiently, and that the service provision, the client contact centre as well as the reporting quality were up for improvement.

Travel scheme Reiswerk to liquidate due to small size

Reiswerk, the €524m Dutch pension fund for the travel sector, said it will close down at the end of this year, as it considers itself too small to continue independently.

The accrued pension rights for the scheme will be placed with another pension fund, according to Arnold Jager, the pension fund’s chair.

He said he wasn’t yet able to indicated which scheme Reiswerk will join, as the selection process had only recently started.

The industry-wide pension fund had a funding shortfall since 2016, with its coverage ratio standing at 95% at the end of March. 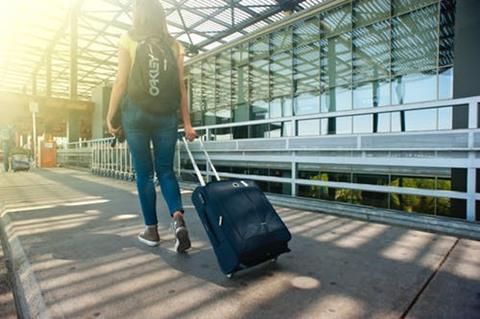 Because of its low “premium funding” – the extent to which its contributions cover paid out benefits – Reiswerk had already reduced its annual pensions accrual to 1.4%, as the social partners declined to raise premiums.

Although a low funding is often considered as an obstacle for merging with another pension fund, Jager said a value transfer would not be a problem.

“Maybe a transfer will require a rights discount, but that will also be the case if we continue independently as a closed scheme,” he said.

The chair said the level of a potential rights reduction is part of the selection process for a merger partner, adding that despite the scheme’s planned liquidation, the mandatory participation in its pension plan will remain.

“The mandatory participation will be part of the new pension plan for the sector, which is currently being fleshed out by the unions and the employers.”

Jager added that the new pension plan will also comprise every salary arrangements, but the contribution and annual accrual level hadn’t yet been established.

Currently, Reiswerk’s pension premium amounts to 25.3% of the pensionable salary.

Reiswerk has 30,000 participants and pensioners in total. It has outsourced its administration to ICT firm Centric.

Moneyhub partners with SEI to help members save more for retirement

Letter: When Italy’s populists ask for solidarity, what they mean is money