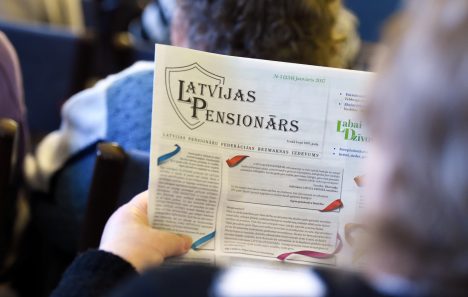 The retirement pension system has flaws and it should be reviewed, admits Latvian Prime Minister Krišjānis Kariņš.

Healthcare Minister Ilze Viņķele, who was once Latvia’s Welfare Minister, adds that the retirement pension system is a «hot potato, and for years it has not been possible to progress this issue». According to her, the coalition should decide on an age threshold for retirement pension, because the state has decided to gradually increase the general pension age in Latvia.

Welfare Ministry’s Social Insurance Department’s senior expert Dace Trušinska had previously said that all existing special retirement pension laws should be reviewed, establishing a balanced transition period of reviewing conditions for both the issue and payment of retirement pensions.

Welfare Ministry admits that in relation to retirement pension provision conditions it would be necessary to review the range of persons that are provided with this pension, at the same time reviewing the need to increase pension age and seniority.

The ministry believes each ministry and institution whose employees already have or are planned to be provided with retirement pension should review the usefulness of quicker retirement.

State pension changes: The women who should check they aren’t missing out on thousands per year