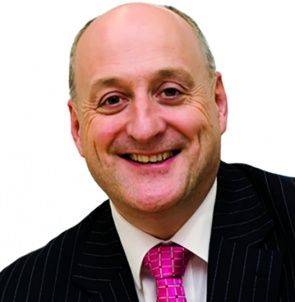 The recent ruling by the Upper Tribunal in favour of HM Revenue and Customs, with respect to tax relief for in-specie contributions, perhaps helps illustrate the complexity of tax legislation and the unintended tax traps your clients could face.

The potential loss of in-specie tax relief, in some scenarios, could increase the overall tax bill for the individual. This is because they may have to repay tax relief they claimed, and some may have used such a contribution to claw back all, or part, of their personal allowance, as their ‘adjusted net income’ exceeded £100,000.

The loss of the relief means an increase in their taxable income in the year in question, and a possible adjustment in their personal allowance.

This ruling got me thinking of other scenarios in which, at first glance, an action may not have any serious repercussions, yet the ‘interconnectivity’ of legislation leads to unexpected tax consequences. In particular, I have been thinking of situations where an individual takes an uncrystallised funds pension lump sum.

Assuming the individual satisfies the criteria for the payment of a UFPLS, and the scheme administrator is prepared to pay it, then under the legislation it is a payment of an authorised lump sum. Where the individual is below the age of 75, it is tested against their lifetime allowance under benefit crystallisation event 6.

Although it is classed as a lump sum, the tax treatment of the UFPLS is that, normally, 25 per cent is tax free and the other 75 per cent is taxed as pension income, in principle, at the individual’s marginal rate of tax.

However, there are situations where initially the tax rate is not as described but is calculated on a month one basis. This applies where the pension provider operates a pay-as-you-earn system and has not previously been notified of the individual’s tax code by HMRC.

The following example will put this into practice:

In 2019/20 Victoria’s income put her in the higher-rate tax bracket. Towards the end of the tax year she took £100,000 from her Sipp in the form of a UFPLS, never having taken any pension benefits previously. Including the tax-free element she expected to receive £70,000, but received £67,969. The tax calculation was as follows:

Legislation allows a reclaim of overpaid tax. However, one of the consequences for Victoria of taking the UFPLS is that her adjusted net income then exceeded £100,000, so she would have lost some, or all, of her personal allowance depending on her individual circumstances. She would also, of course, have triggered the money purchase annual allowance by taking the UFPLS.

Continuing in this vein, taking a UFPLS could also have repercussions for an individual’s annual allowance in the context of tapering, as detailed in the following example.

UFPLS and the tapered AA

Jackie is a member of a defined benefit scheme with an accrual rate of 1/60th for each year of service (pension commencement lump sum is by commutation of pension income) and personal contributions set at 11.4 per cent of pensionable salary. She had 17 years of service at the start of the 2020/21 pension input period.

In mid-April 2020 she received a promotion with pensionable salary increasing from £130,000 to £150,000. Her employment income matched her pensionable salary and she had no other source of income, although she had a personal pension valued at £100,000.

With just a few years left to retirement, and no wish to increase her mortgage to cover the cost of an extension to her home, she decided to take the whole of her personal pension by way of a UFPLS.

As with Victoria’s example, Jackie’s taxable income is increased by the pension income element of the UFPLS, taking her threshold income to £207,900 (£225,000 less her own DB pension contribution of £17,100). With a threshold income in excess of £200,000, we now need to consider Jackie’s adjusted income, which is determined by calculating the employer’s element of the increase in her DB pension rights.

Jackie’s adjusted income would therefore be £253,547

The examples of Victoria and Jackie serve to highlight the complexity of tax legislation and the interaction between elements. There are many such tax traps that can catch out the unwary, hence it is imperative for people to seek the appropriate specialist advice.

Neil MacGillivray is head of technical support at James Hay