How much state pension can you get if you are separated but not divorced?

My 73-year-old mum is separated from my dad and on £80 a week state pension – should she get more? Steve Webb replies

My mum currently receives a reduced state pension of around £80 per week. She is 73 years old.

She has always worked (some years part time) and raised three children (now aged 35, 51 and 55). She is now separated from my dad.

The amount she receives is way short of the full state pension. We believe she should have paid her full National Insurance contributions. 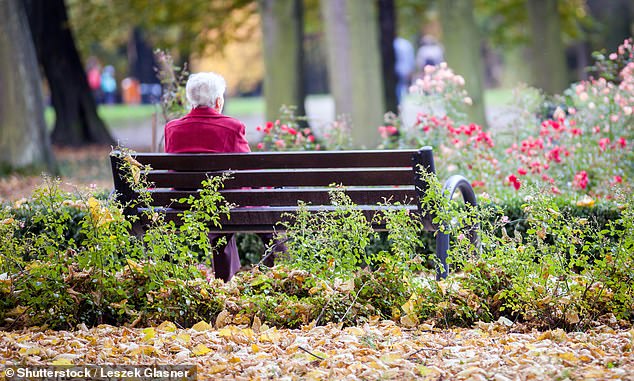 Low income: My 73-year-old mum is separated from my dad and on £80 a week state pension – should she get more? (Stock image)

Steve Webb replies: Many women of your mother’s generation opted to pay something called the ‘married woman’s stamp’.

This was a reduced rate of National Insurance contributions which saved them money when they were working, but left them with very limited state pension rights when they retired.

Such women were expected to claim a pension based on their husband’s record of NI contributions.

For as long as they remained married and as long as their husband was still alive and over pension age, they would get a pension of 60 per cent of the basic state pension, and that is roughly the amount your mother is getting.

Women who paid this reduced rate of contributions could get a larger pension if they became widows or if they got divorced.

As you will see from this description, there is no special provision for those who are separated but remain married.

For as long as your mother remains married to your father, the 60 per cent rate is the most she can get.

In the event that they got divorced, she could claim the 100 per cent rate based on what would then be her ex-husband’s contributions.

In terms of other options, while the National Insurance system still treats your mother and father as a couple, the means-tested benefit system would treat her as a separate household and would assess her situation accordingly.

Assuming that she is living alone, and assuming she does not have very large amounts of money in the bank, she could claim pension credit which would top her weekly income up to £167.25.

Her state pension and any other pensions she is receiving would count against this total.

How to apply for pension credit

This is Money has a guide here.

Only over-75s who claim pension credit will be eligible for free TV licences from this June.

Receipt of pension credit could also act as a ‘passport’ to certain other benefits such as help with rent/council tax, a contribution to electricity bills (through the Warm Home Discount scheme), extra money when the temperature drops (cold weather payments) and so forth.

If your mother has savings in the bank or in Isas or owns buy-to-let property, this would be taken into account as part of the means-test.

The first £10,000 of any such capital is ignored, but after that every £500 in capital is treated as generating £1 per week of income.

For someone with a large amount of capital, this ‘imputed’ income, added to pension and other income, could be enough to wipe out any entitlement to pension credit.

You can find out more about claiming pension credit here.

Steve left the Department of Work and Pensions after the May 2015 election. After nearly five years as policy director at pension firm Royal London, he will shortly become a partner at actuary and consulting firm Lane Clark & Peacock.

State pension payments can be received while working – will more tax need to be paid?

What is the average UK retirement income?