The German parliament has approved a reform of the Betriebsrentengesetz, a law that protects Pensionskassen in case of an employer’s bankruptcy.

The Bundesrat, the constitutional body representing the federal states, is likely to give the green light to the changes in June, before the publication in the Federal Law Gazette.

The government has already reviewed the original proposal of the Federal Ministry of Labour and Social Affairs to amend the law.

“It has been a long way to the reform, the first two drafts still needed considerable improvements,” Klaus Stiefermann, managing director at aba, the German occupational pensions association, told IPE.

Under the new rules, the mutual insurance association for German occupational pension schemes, Pensions-Sicherungs-Verein VVaG (PSVaG), is to take over pension liabilities if an employer becomes insolvent, under certain conditions.

The protection provided by PSV is extended to company pensions organised through Pensionskassen, which has not been the case so far.

The protection does not apply to public sector schemes and to company pensions organised through funds that already fall under the Protektor Lebensversicherungs, the guarantee scheme for German life insurers.

Stiefermann said that company pensions are increasingly safe through the reform, but at a price. “The employers who use these pension funds have to bear the costs,” he said, adding that this has had an impact on the appeal of the Pensionskassen as a way to operate occupational pension schemes.

From the employees’ perspective, security in pension payments would increase because even if pension funds were to cut benefits and an employer becomes insolvent, they still receive their promised pensions, he added.

The new regulation requires companies to contribute to the equalisation fund set up at the PSV of an amount calculated in 9‰ (promille), which takes into account the rate for 2021, set at 3‰ (promille), and an additional contribution of 1.5‰ (promille) for the years 2022-2025. 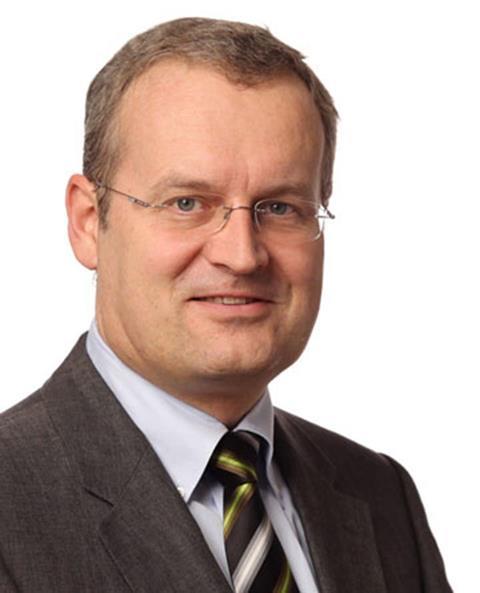 The timeframe would ensure employers would not become financially overburdened, according to the legislator.

As per section 30, paragraph 5 (new), regulations relating to contribution will be assessed in 2026.

“It is positive that a simple procedure has been found for calculating the contribution,” Stiefermann said, adding that it is also important that in five years it can be reviewed to and adjusted if necessary.

The PSV is well equipped for the future because the equalisation fund, which serves to mitigate exceptionally high contributions, is well funded,  board members Marko Brambach and Hans Melchiors have told IPE in a previous interview.

Implementing the law is a major challenge for PSV, but “it is well prepared”, Stiefermann said.

Credit insurance company Euler Hermes forecasted at least 10% more bankruptcies in Germany compared to the previous year, with a contraction of a GDP of -8.9%, and the economy slipping into recession as a result of the COVID-19 pandemic.

The new PSV protection, which applies from 2022, meets the requirements of the European Court of Justice (ECJ) ruling in December. The court rejected the argument that all defined benefit pension rights must be protected against employer insolvency.

The ECJ instead ruled that a cut of the level of compensation is considered disproportionate if it puts individuals at risk of living below the poverty line, even though employees receive at least half of the benefits.

Prior to 2022, claims could be made against the PSV according to the provisions of the ECJ.

“The [new] law wants to prevent a liability of the state” in light of the ECJ ruling, and “it is well suited for this”, Stiefermann said.