The Pensions-Sicherungs-Verein VVaG (PSVaG), the mutual insurance association for German occupational pension schemes, expects a high number of insolvencies, despite the efforts of the government to mitigate the consequences of the COVID-19 crisis on the economy, board members Marko Brambach and Hans Melchiors have told IPE.

“This will also lead to a higher burden for PSV as the legal institution of insolvency protection for company pension schemes,” they said.

PSV is the statutory insolvency insurer for occupational pensions in Germany, covering direct pension promises, support funds, Pensionsfonds and certain types of direct insurance. It insures around €345bn of liabilities in Germany and Luxembourg, covering some 11.1 million beneficiaries.

In 2009, following the financial crisis, PSV modified its so-called smoothing process (Glättungsverfahren) in order to distribute part of the required contributions between 2010 and 2013.

“We consider ourselves well equipped for the future, especially since our equalisation fund, which serves to mitigate exceptionally high contributions, is now well funded,” Brambach and Melchiors said.

Michael Hoppstädter, managing director of the consultancy Longial, agrees that a large number companies may not survive the period of prolonged lockdown and will have to file for bankruptcy. The PSV will have to act for those that have made pension commitments.

The PSV is a pay-as-you-go system. If performance obligations for the PSV increase with the number of insolvencies, the institution will have to increase contributions for all companies in the coming year.

“In this respect, the funds of the PSV are sufficient, even if many companies with pension obligations have to file for bankruptcy,” Hoppstädter said. In 2009 the contribution rate rose to 14.2‰ (promille) from 1.8‰ the previous year.

“The funds of the PSV are sufficient, even if many companies with pension obligations have to file for bankruptcy”

Meanwhile, the German government has reviewed a proposal for the reform of the PSV by the Federal Ministry of Labour and Social Affairs that expands the protection to employers organising pension provisions through Pensionskassen.

Employers who organise company pensions through pension funds will have to contribute financially to PSV, although pension schemes that already rely on protection against a reduction of the benefits through the fund for life insurance companies – Sicherungsfonds der Lebensversicherer – are excluded from the PSV protection.

“Given the period of low interest rate and the ECJ ruling last December, the reform is understandable,” Brambach and Melchiors said.

In December, the European Court of Justice (ECJ) rejected the argument that all defined benefit pension rights must be protected on employer insolvency in the judgement that saw the Pension-Sicherungs-Verein against Günther Bauer. 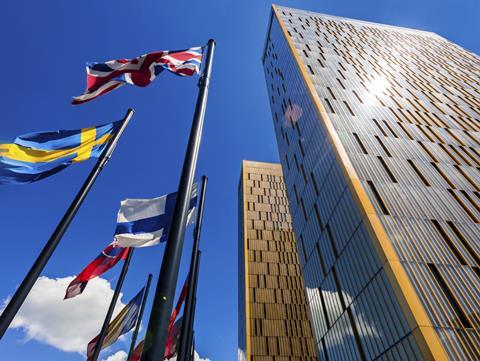 The ECJ instead ruled that a cut of the level of compensation is considered disproportionate if it puts individuals at risk of living below the poverty line, even though employees receive at least half of the benefits.

In the view of the PSV, the reform is balanced and meets as much as possible the interests of those involved. “The inclusion of certain commitments for company pensions made through [Pensionskassen] is regulated in such a way that the PSV can implement the provisions for both contributions and benefits,” Brambach and Melchiors commented.

Membership of the fund is a voluntary act according to section 221 paragraph of the Versicherungsaufsichtsgesetz (VAG), although all deregulated pension funds have opted to seek protection, he said.

However, the legislator is still missing the opportunity to make a clear step towards a contribution to insolvency protection that is commensurate to the risk.

“It is difficult to understand why a company with a direct promise that not only creates provisions (Rückstellungen) but has also built up so-called cover assets or plan assets has to pay the same PSV contribution of a company that does not build up any capital for earmarked financing of pension obligations,” Hoppstädter added.

“We would have hoped that in this case the legislator and the PSV would take a clear step towards commensurate risk,” he added.

For Hoppstädter, the reform is a sign of the reliability of the company pension scheme for those entitled to pension benefits who are now under a new protection against insolvencies.

Pension funds have used statutory rules to reduce pension benefits. In these cases, the employer must compensate for a reduction in the pension funds according to subsidiary liability rule in section 1 paragraph 1 of the Betriebsrentengesetz (BetrAVG).

But the employees cannot claim the benefits in case of a bankruptcy. “This loophole has now been closed, which is positive,” he said.

The big Brexit changes to Universal Credit, benefits and pensions starting this January