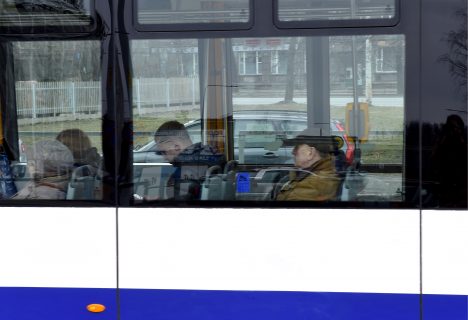 From now on foreign pensioners will receive public transport ticket discounts in Riga based on the same conditions as Latvia’s pensioners, as provided by the decision made by Riga City Council’s interim administration on Wednesday, 15 July.

During the meeting, members of the administration supported binding rules On Transport Fee Benefits in Riga City’s Public Transport Route Network. Rules were expanded with the point that a pensioner, in the eyes of binding rules, is a person who reached a specific age in the Republic of Latvia that allows them to request retirement pension and is provided with pensioner status, or a person who is paid retirement pension in the Republic of Latvia.

The rules state that persons born after October 1956 will be allowed to preserve their previously issued public transport fare benefit for no longer than 180 after amendments come to force.

Non-working Latvian citizens and non-citizens are allowed to use Riga public transport service free of charge once they reach the age of 63 years, whereas pensioners from Russia, Ukraine and Belarus receive discounts earlier – from the age of 55 years, because this is the pension age set in these countries. At the time the opposition proposed changing this by providing all pensioners equal conditions regardless of their nationality, but the coalition declined it.

These changes were proposed by both the Ombudsman and Welfare Ministry.

At the same time, it has been decided to create a new group of discounts and provide benefits to residents who have reached pension age but who do not have sufficient insurance record to receive retirement pension so they are able to receive state social security benefit. The aforementioned persons will be able to receive a 100% discount on public transport tickets. According to information from Rīgas satiksme, predicted losses from providing discounts to this group may reach EUR 75 200 annually.

The city council was supposed to decide on changes at the end of 2019, but this matter did not reach the city council’s meeting in the end.