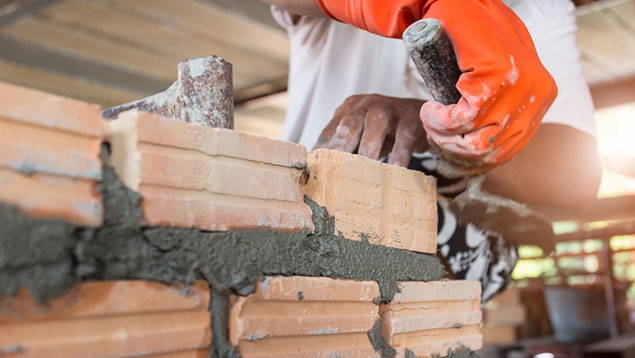 An employment tribunal has found that two contractors working in construction who had signed self-employed contracts were in fact employees and should be afforded the benefits enjoyed by all employed staff.

The case – Harris and Kearny v Excel Brickworks Ltd – considered the employment status of two men: Mr Harris, who worked as a site foreman and his son, Mr Kearny, a bricklayer. Each of the men had signed a “self-employed contract for services” and were subsequently dismissed without notice.

The foreman had worked for the company for 17 years, and the bricklayer for less than a year. They were represented at the tribunal by barrister Bruno Gil.

According to the building company, Colchester-based Excel, the claimants were self-employed and according to their contract, could work when they decided, use their own working methods, refuse work offers, leave a site without permission and send a substitute with similar experience and qualifications to carry out the work.

Excel is a large building company that has contracts across construction sites in London.

But the tribunal, in a ruling given on 19 February by Employment Judge Emery, decided that Excel would not have agreed to them applying the freedoms conferred by their contract. In short, the relationship was actually one of employer and employee.

The tribunal heard that on site security and health and safety protocols rendered the clause on substitution unworkable and that there had never been an instance of substitution. Similarly, for issues of control, mutuality of obligations and hours, the reality in the workplace was that workers could not work according to their contracts. The fact that Excel required its workforce to be on the Construction Industry Scheme, and deal with their own tax returns, did not alter the reality that the claimants were employees, Judge Emery ruled.

Although the ruling is a first instance judgment it is thought by industry observers that it has significant ramifications for all those who have worked for Excel and potentially the construction industry as a whole.

However, the decision is likely to be followed by an appeal by Excel.

Melanie Stancliffe, partner at law firm Cripps Pemberton Greenish, said: “The case highlights that whether a worker in the construction industry is an employee is determined by the way they work, not the label on the relationship (“contractor”, “employee”) or the terms of the contract. This decision intensifies the focus onto employment status in the construction world, which is already bracing itself for having to decide worker’s status anew for tax purposes after 6 April when IR35 is extended to the private sector.

“Construction workers who satisfy some of the elements of the test of employment are likely to have the status and legal rights of an employee. This will increase the costs of the business, which will need to provide pension rights, paid holiday (if it doesn’t already, redundancy pay and minimum notice pay).” She said the four elements of that test were:

Stancliffe continued: “A construction worker who ticks certain of the above boxes, may, after April, also cease to be regarded as self-employed. This entails further business costs, principally the employer’s national insurance contributions that will be payable.

“The takeaway from this decision is the need for businesses to ensure now that both the contract and the working practices reflect the intended relationship (employment or self-employment). It is the perfect time for businesses to review and if necessary, amend their relationships to decrease their cost and ensure they avoid the unintended consequence of a construction worker taking them to tribunal to achieve employment rights. Failing to get one’s house in order now, could have many hidden costs.”

Tania Goodman, partner and head of employment at law firm Collyer Bristow, told Construction Manager that the case should put construction employers on alert: “Around half of the country’s construction workers are classified as self-employed. This status is already under HMRC’s spotlight with the reform of IR35 taxation regime, and also with recent question marks around the legitimacy of self-employed status under the gig economy.”