Budget 2020: What do commentators hope for?

Value for money metric needs to be more than skin deep

Pension savings: how much you really need for a comfortable retirement 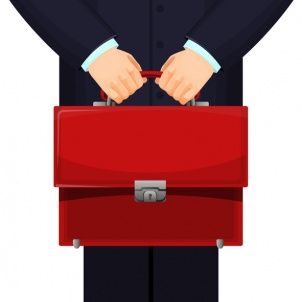 As the Budget draws ever closer, Money Marketing recaps what industry commentators believe could be included in the chancellor’s red box this year.

Tax relief has become the usual spectator sport as many of our contributors debate whether higher-rate tax relief will be axed.

The Treasury itself is thought to be behind the latest rumours about the axe falling but a lot has happened since then, not least a new chancellor entering 11 Downing Street just weeks before the Budget.

Then there’s the matter of coronavirus, which will see more money being diverted to the NHS to deal with the outbreak.

Sajid Javid’s resignation last month sent shockwaves through the industry and saw him become the first chancellor in modern history not to deliver a budget.

It came on the back of Boris Johnson’s post-Brexit cabinet reshuffle after Javid rejected an order to fire his team of aides.

Having only been in the position since July last year, Javid had very little time to make his mark.

Meanwhile his replacement, Rishi Sunak, has had just under four weeks to prepare for the Budget.

So, what can financial advisers expect?

Rumour has it plans to limit pension tax relief to the basic rate of 20 per cent are being considered for the upcoming Budget. AJ Bell senior analyst Tom Selby talks us through the arguments.

The Budget on 11 March will be novel in a number of respects. It will be the first Budget of this new Conservative government, the first one in 18 months and the first in the post-Brexit world. But will hoped-for pension changes lose out to other government priorities, asks Barnett Waddingham senior consultant Malcolm McLean.

If the chancellor is looking for some positive pension stories to come out of the Budget he may consider announcing details on how solve the ‘net pay anomaly’, argues Cicero account director Simon Fitzpatrick.

Pensions expert Rachel Vahey suggests pensions and savings need more than tinkering from the new chancellor. Is now the time for some well-aimed changes?

There could be attention on family investment companies in the Budget this year as IHT reform gets a look in, says Technical Connection joint managing director Tony Wickenden.

Other Budget-based headlines that may have caught your eye

The Budget will take place amid a stark drop in markets. The FTSE 100 opened down 8.1 per cent on 9 March as markets in Asia slumped amid oil price drops and fears of coronavirus affecting global economies.

Japan’s Nikkei 225 was down 5 per cent, while the ASX 200 in Australia dropped 7.3 per cent, its biggest daily drop since 2008 when global markets last saw a massive crash.

Oil prices have crashed by the most in 29 years last night as Saudi Arabia launched a price war. Oil prices crashed 30 per cent, seeing the cost of a barrel of Brent down to $35 (it cost almost $70 at the start of the year).

Prime minister Boris Johnson is set to hold an emergency Cobra meeting later to decide whether or not to bring in measures, including “social distancing” such as banning big events, closing schools and encouraging employers to allow remote working.

DeVere Group chief executive and founder Nigel Green warns a global recession is now almost inevitable this year. He says: “Oil’s sharpest one-day drop since the 1991 Gulf War has further fuelled the sell-off in global stock markets that started a couple of weeks ago on fears that coronavirus is going to severely damage economic growth.

“Every major stock market is getting hammered as oil prices plunge due to a price war following the breakdown of Saudi Arabia’s oil-cutting alliance with Russia over the weekend.”

He adds: “With the combination of the implications of the oil stand-off and the outbreak, I now believe that it’s almost inevitable that there will be a global recession this year.”