Belarus gets ready to ratify agreement on pension security in EAEU 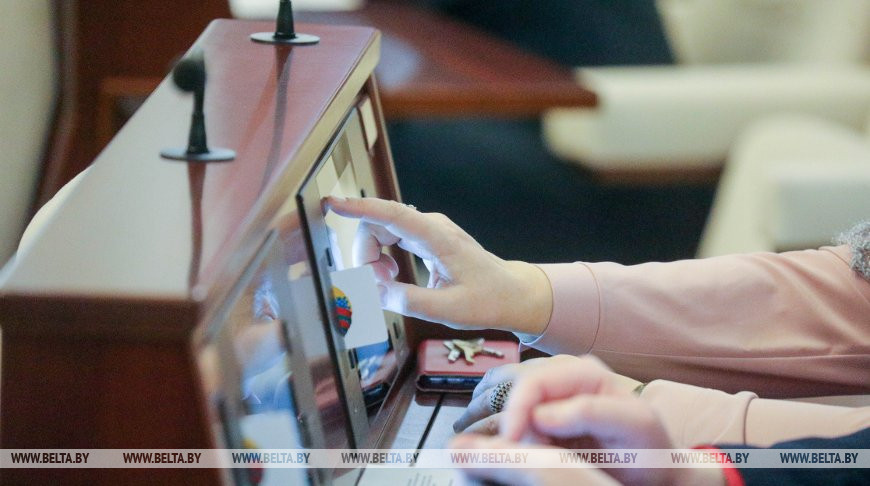 MINSK, 29 April (BelTA) – The Standing Commission on Labor and Social Affairs of the House of Representatives of the National Assembly of Belarus is preparing to consider a draft law on the ratification of the agreement on pension security of workers in the member states of the Eurasian Economic Union (EAEU), BelTA learned from chairwoman of the profile commission Lyudmila Kananovich.

The provisions of the agreement cover workers and members of their families and are applied in Belarus with regard to labor pensions (age pensions, length-of-service pensions, except for pensions of servicemen, persons equal to them, members of their families and state employees), disability and loss of breadwinner pensions. “The assigned pension may be paid either in the territory of the worker’s residence or that of the member state that assigned the pension,” said Lyudmila Kananovich.

In her words, each state will appoint and calculate pensions for the period of work including the payment of insurance fees formed in its territory after the agreement enters into force. “The rules of the agreement on guarantees of the rights of citizens of the CIS countries in the field of pensions of 13 March 1992 and the agreement between Belarus and Russia on cooperation in the field of social security of 24 January 2006 will be applied in calculating the pension for the length of service acquired before that,” the MP said.

The agreement contains the principle of equality of workers, in which pension rights are formed and implemented under the conditions stipulated for citizens of the state of employment. It provides for the summation of the length of service received in other EAEU countries if what is acquired on the territory of one of them is not sufficient to qualify for a pension.

According to Lyudmila Kananovich, in the conditions of labor migration, the realization of the right to a pension is possible by concluding and ratifying international agreements. This work is permanent. Thus, only over the past two years, international agreements in the social (pension) security have been ratified with the Czech Republic, Estonia, Poland and Moldova. These agreements, including the EAEU agreement, are based on the proportional principle. That is, each state appoints and pays a pension for the length of service on its territory with the payment of insurance contributions.

Jobs and pensions at risk as Arcadia goes bust

Property118 | Could pensions be taking a heavier toll from Coronavirus than property investment?

Can I Collect Social Security Spousal Benefits On My Wife’s Record?